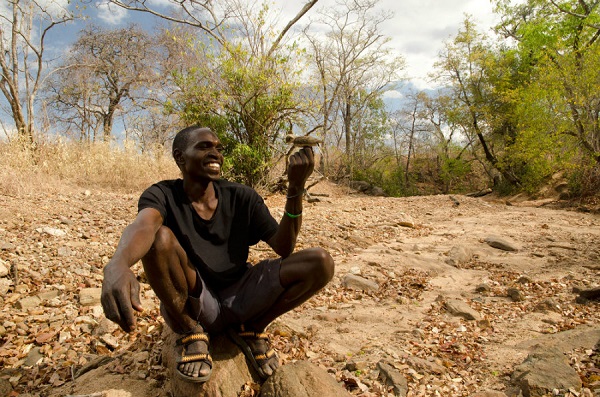 It’s a mysterious connection that has helped some traditional cultures of Africa find beehives wherever they are. On one side, the communication happens through loud trills and grunts, and the other side responds with excited twittering.

Anthropologists and other researchers have long known about this special bond that allows some people to find wild honey by following the sounds made by honeyguides. These tiny, woodpecker-like birds lead tribesmen to the hiding place of the best beehives, even when they’re higher up in trees.

It’s a fair exchange because the birds do receive something in return for pointing to the location of honeypots. All they want is the leftover beeswax, which they usually devour in the blink of an eye.

Scientists who analyzed the communication channels between humans and these extraordinary honeyguides reached the conclusion that there is a surprising exchange of sounds and gestures between the two parties.

Used only to enable honey hunting, these sounds can convey trustworthiness, enthusiasm, and the full dedication to the dangerous adventure of taking bees out of their hives.

The results of the study conducted by Claire N. Spottiswoode, a behavioral ecologist at Cambridge University open a new kind of understanding on one of the few examples of communication between humans and animals in the wild.

Dr. Spottiswoode and her team believe this kind of cooperation may date even further back than the fond relationship between humans and their pet dogs. 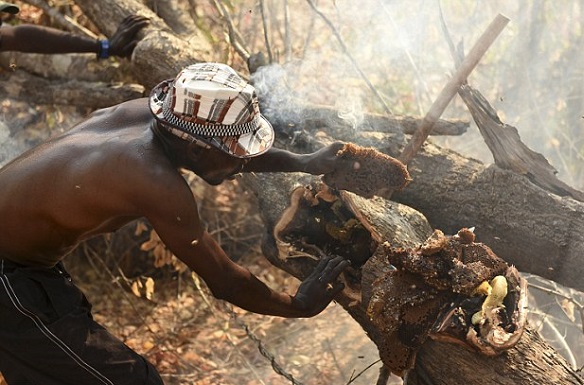 As reported in the journal Science, researchers found that the honeyguides show they are ready to scout by flying up close to the Yao people of northern Mozambique and emitting a high-pitched chattering cry.

Meanwhile, the Yao also perform a distinctive vocalization when they want to recruit and retain honeyguides, a firm trill and a loud grunt. In a series of controlled experiments, researchers were able to prove that the tiny birds take the familiar ahoy very seriously.

And the Yao people use all the help they can get because it’s enough trouble getting through the particularly aggressive African bees. After they are led to the hives by the honeyguides, they set dry wood wrapped in palm fronds bundle on fire and smoke them out.

The cooperation between human and bird is fruitful for both parties, and the liquid gold is worth the trouble.