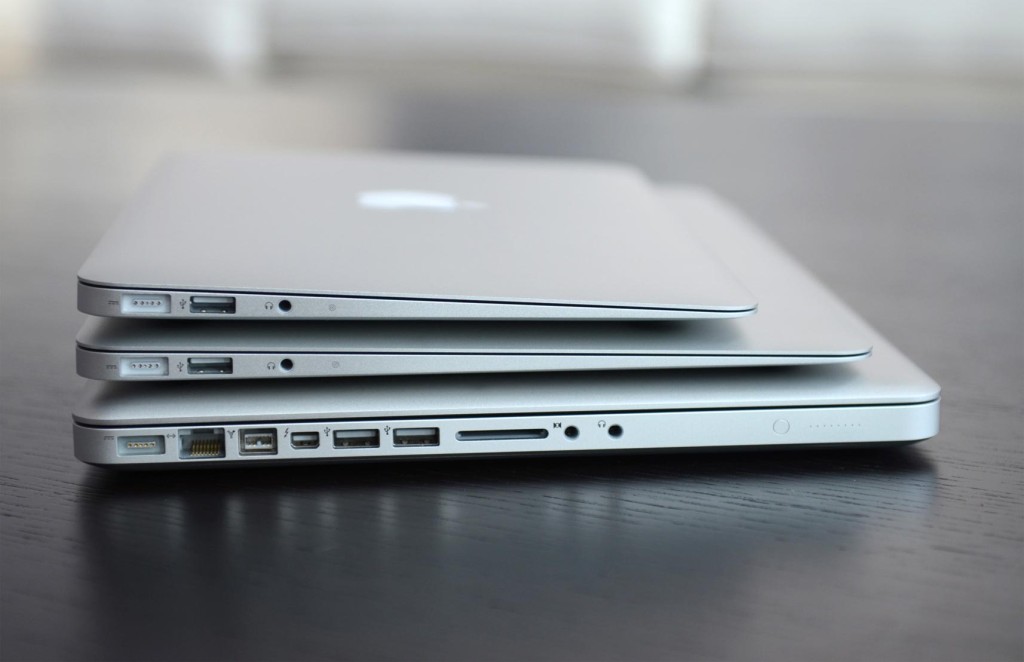 It’s been almost 4 years since Apple hasn’t revamped the MacBook Pro line; the last big thing was the Retina change, with some small improvements here and there.

True, the laptops got a bit thinner, with more power to the processors, and more juice in the battery. But no radical changes were incorporated. If you grab a MacBook Pro from 2012 and compare it to the latest model, you won’t notice many differences.

Hopefully, Apple’s plans will involve some real improvements, for a change. A report from KGI Securities analyst Ming Chi-Kuo says Apple wants a big overhaul for the MacBook line sometime this year.

Even thinner and lighter than the latest model – if that’s even possible at this point – the new 13- and 15-inch MacBook Pro will also feature a built-in Touch ID fingerprint scanner and Thunderbolt-compatible, USB Type-C ports.

If the report is true, the biggest change is above the keyboard, where the function keys will allegedly be replaced by an OLED display touch bar. So far, there are no details on what the OLED bar will do and how big it will be, but there are plenty of functionalities for what is essentially a touch-sensitive screen beneath the main one.

When it comes to laptops, Apple has played it safe for a while, so this could be a big change for the brand. Even as many PC makers started introducing touchscreens on their portable computers (see Lenovo’s Yoga line), Apple was determined to keep the MacBook Pro exactly as it was.

This is why the rumor seems rather far-fetched – and if it weren’t for Ming-Chi Kuo’s solid track record in predicting Apple stuff, we wouldn’t give it a second thought.

We might have to wait some more time before we can see if Kuo was right about the revamped MacBook Pros. Apple’s WWDC conference in San Francisco is only three weeks away, but the focus there is a new iPhone, so a later event might bring the news.
Image Source: Nashville Chatter Class