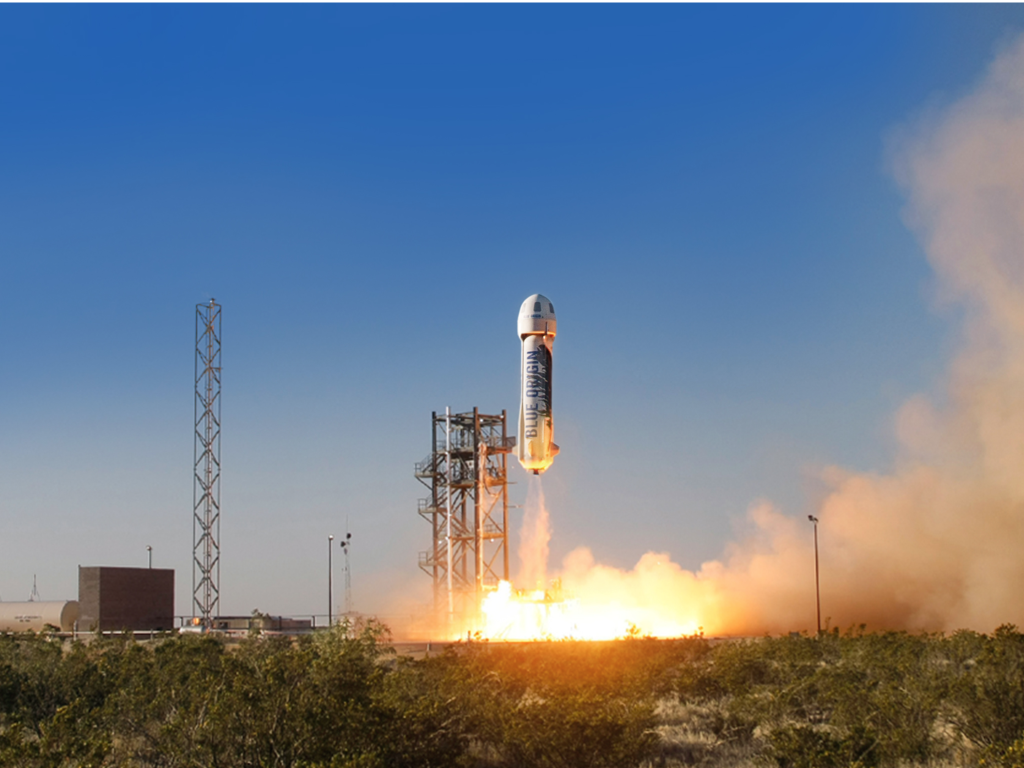 The industry of reusable rockets is still in its infancy, but the space startup presided by Amazon.com Inc. Chairman Jeff Bezos is taking big leaps towards making it a reliable alternative to the expensive disposable rockets.

On Saturday, Blue Origin LLC has successfully landed a reusable rocket in a risky maneuver; it waited until almost the last second to turn back on the main engine that helps slow the returning booster for touchdown.

The latest blastoff is the third time in five months that a spacecraft of Mr. Bezos has successfully reached the edge of space and returned safely – and landed vertically – to a remote launch site in West Texas.

Before the latest feat, Mr. Bezos, founder and director of Blue Origin LLC, tweeted a message pointing out this landing was intended to be more challenging than its predecessors as the BE-3 engine was going to have to react instantly at the end of the descent and help stabilize the rocket by delivering high thrust.

Soon afterward, the billionaire entrepreneur took again to Twitter to announce the success of the operation: “Flawless BE-3 restart and perfect booster landing.”

This new achievement gives Mr. Bezos even more bragging right in its rivalry with fellow billionaire Elon Musk, who seems to experience some troubles in landing a Space Exploration Technologies Corp. rocket on a floating platform.

But more than the public-relations advantage that comes with it, this Saturday’s test showed that Blue Origin follows a steady progress path in testing the performance of its prototype booster and capsule system, named New Shepard.

According to the company, the engine restarted at an altitude of about 3,600 feet – the equivalent of six seconds before impact. Parachutes also successfully landed the unmanned capsule.

Mr. Bezos is confident that if New Shepard keeps on acing tests without major hitches, the company could start offering suborbital thrill rides to space tourists in 2018.

If there’s one thing that Mr. Bezos seems to hold very dear, that is the privacy of his endeavors, the reason the work of Blue Origin has been veiled for years.

But there seems to be a trend in more recent months, as this time, the CEO tweeted out the launch a day beforehand. In previous test flights, Mr. Bezos has typically withheld all public statements about until they were over.

After inviting a group of journalists to tour its facilities some weeks earlier, Blue Origin’s founder explained he was motivated to become more transparent by the fact that “rocket technology hasn’t changed very much” over the past five decades.
Image Source: Business Insider