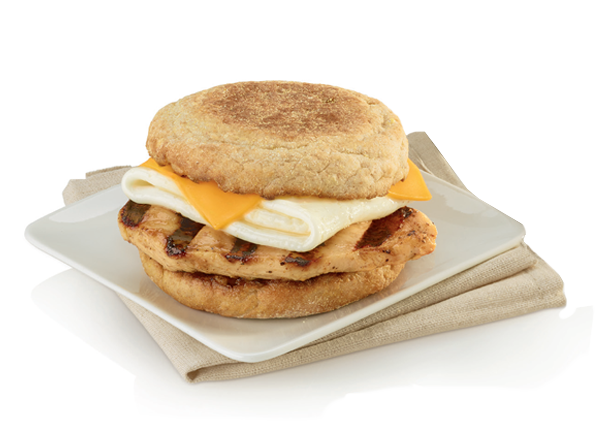 We’re witnessing some truly great events. For the first time in 6 years, Chick-fil-A has decided to make a new addition to its breakfast menu.

As one of the top fast-food chains in America, Chick-fil-A’s menu is deeply evaluated and criticized every time an item is being introduced or pulled out of the menu. On Monday morning, the Egg White Grill rolled out nationwide.

Estimated at 300 calories and 25 grams of protein, the Egg White Grill is described by Chick-fil-A as the “lower-calorie menu option.” It contains grilled egg whites, grilled chicken breast, and American cheese, presented on a multigrain English muffin.

The price differs from state to state, but according to the restaurant, it starts at $3.35 per sandwich. With this addition, the breakfast menu at Chick-fil-A currently features a Greek yogurt parfait, bacon or sausage with egg and cheese, a chicken biscuit, and breakfast burritos.

Aside from the Greek parfait, the new Egg White Grill is the chains’ least calorie-packed offering included in the breakfast menu. And with the new addition, Chick-fil-A has joined the few fast-food restaurants that serve grilled chicken during breakfast.

David Farmer, Chick-fil-A’s vice president of menu strategy and development, said that the Egg White Grill was tested “in select markets across the country, including our busiest restaurants in Manhattan, and our customers gave us great feedback.”

According to Farmer, the Egg White Grill is the perfect compromise for people who want a tasty breakfast on the go while also minding their own health.

Unfortunately, the Spicy Chicken Biscuit had to go in order to make room for the new offering on the breakfast menu. As soon as the announcement was made, plenty of tweets with mixed emotions were posted on Twitter.

Overall, customers are happy with the new Egg White Grill but they are bitter about the fact that it has been introduced as a replacement for the spicy sandwich.

All is still good with the world, however, and people will forget about the spicy sandwich when they taste the new goodie Chick-fil-A has made for them.
Image Source: Chick-fil-A