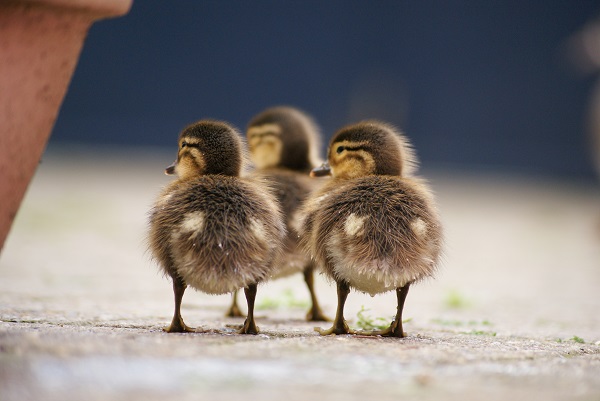 Scientists have found that the common duck is a lot smarter than previously thought.

A recent study out of Oxford was published in the journal Science, showing that you’re actually insulting the birds when you’re using “bird brain” to describe your less-than-bright best friend.

The most interesting fact about the latest duck study is that the human brain has been getting in the way of scientists seeing how smart birds are. The fact of the matter is, researchers have simply been conducting the wrong experiments on birds; as a result, they weren’t able to get credible data.

But thanks to the latest study, all that has changed. A new experiment was designed by Alex Kacelnik and Antone Martinho III from the University of Oxford; they found there is no shade of doubt that ducks and other birds are really smart.

The conclusion showed that hour-old ducks can understand the difference between “same” and “different.” Researchers presented the baby ducks with two kinds of moving objects; sometimes, the objects were the same shape and/or color, and other times, they would be different.

Overall, 47 different ducklings were tested in the experiments that were meant to show the birds would be inclined to move towards the objects they recognized.

What does this mean and how does it help us?

According to the Oxford researchers, young ducks go through imprinting – a period of rapid learning – that helps them recognize their own mothers. During the duck study, ducklings were shown capable of differentiating between colors and shapes.

In other words, the baby ducks exhibit abstract recognition abilities that are “far more necessary to a wider variety of animals’ survival than we previously thought,” explained Dr. Martinho.

These skills were previously seen in primates, parrots, and crows – animals that are generally considered to be quite intelligent.

“But by seeing it in ducklings, which are only distantly related to parrots and crows, makes the suggestion that probably a wide variety of vertebrates are going to have this ability,” he added.

Birds like ducks have long confused scientists with their mysteries – starting with their ability to fly in the first place and their migratory patterns based on Earth’s magnetic fields. And now we find they are also quite smart.
Image Source: Wikimedia