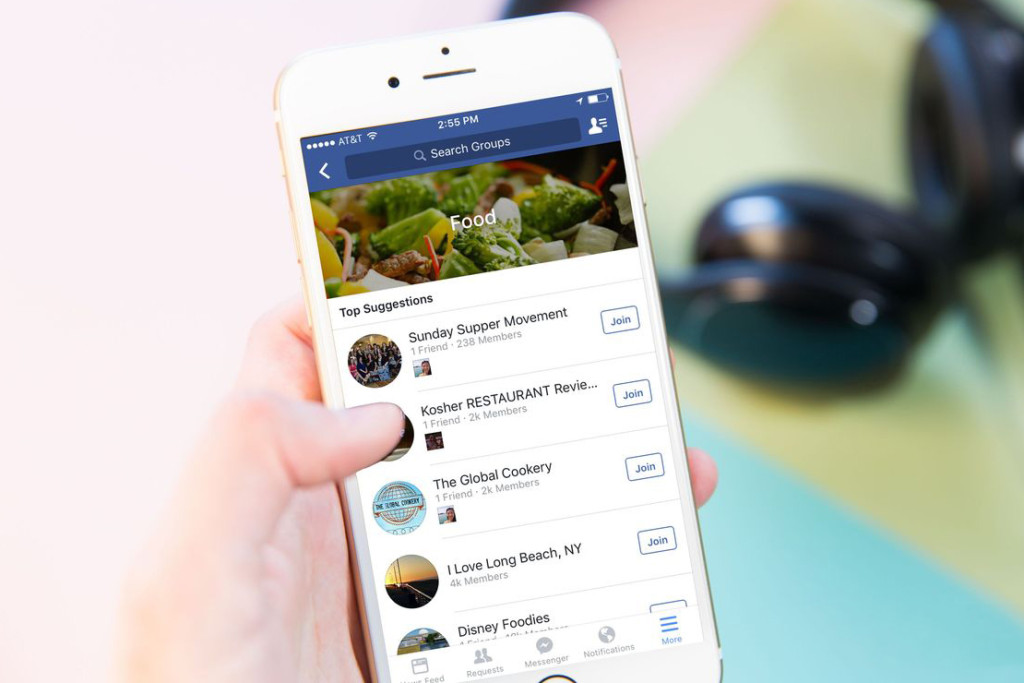 Everybody knows about Facebook Groups, but not many users are involved beyond the few cursory groups they’ve been invited to.

However, you can also search for groups that discuss various interests, enabling you to partake in large conversations themed to a particular topic you could be interested in.

But new groups only appear in a suggestion list on the right (sometimes), so Facebook has decided to work on the visibility of its groups. To encourage more people to find groups to participate in, the company has designed a new “Discover” feature, but only a small subset of users can test it – for now.

If you’ve been selected to participate in the trial, you’ll see the new button included in the Groups section. (See if you have it by tapping on the More tab, then on “Groups.”)

Let’s break it down for those users who haven’t seen the new feature yet. The Discover tab will allow you to choose from 25 different categories with different themes, such as Animals & Pets; Professional Networking; Funny; Buy, Sell, Trade – to name a few.

The list will be based on groups that friends of yours have already joined, groups with the most members in their category, local groups, or a combination of all, as Facebook deems relevant to you.

At the same time, the main Discover tab also shows you different groups that a number of your friends are part of – regardless of the theme of the groups.

And if you’re reluctant of going through the specific categories to see what’s interesting, Facebook also has a list of the top groups in each category.

According to a Facebook statement to Mashable, the Discover feature will be released to more users soon, so don’t worry if you haven’t seen the new section pop up in your account.

The design is also a little clunky, and there are no details about whether or not Facebook will refine the feature beyond the current testing interface.

The social network announced that one billion users participate in groups as of January 2016. But even so, Facebook believes it can do better, hence the new Discover tab.
Image Source: Hypebeast