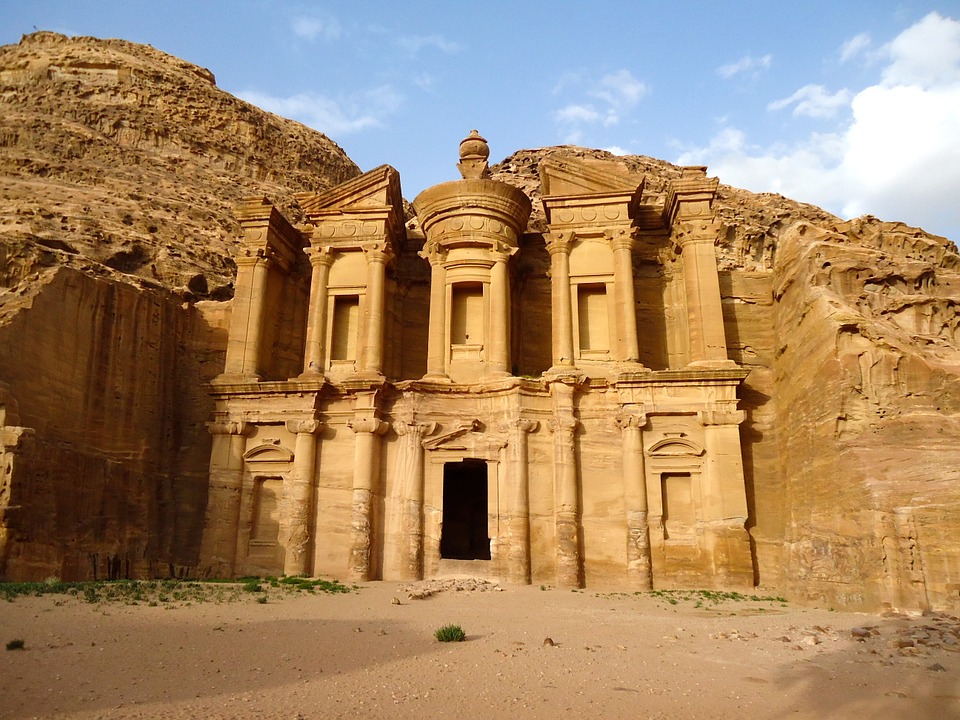 Petra, the ancient Jordanian city, is one of the most sought-after destinations for archeologists and tourists alike. Its intricate temples, timeworn tombs, and beautiful mosaics have attracted curious eyes for over 200 years.

But nobody expected to find new discoveries in the ancient Middle Eastern site. That is, except a Bangor, Maine, native who has continued relentlessly until she found a previously unexcavated monument that archeologists had long walked over.

It’s been some three and half years since Sarah Parcak and a team of researchers have started looking at satellite images of Petra, hoping to find new significant landmarks.

But because so few new discoveries are made at this beautiful site, Parcak was skeptical when she noticed a peculiar-looking rectangular outline in the earth, somewhere less than a mile south of the city center.

“I actually dismissed the find as being natural at first,” she said; Parcak is a long-time researcher with the University of Alabama. “The edges of one of the sides matched up with natural ridges.”

But when a colleague of hers took a high-resolution photo of the site with a drone, it was obvious they were looking at the outline of an undiscovered monument made by human hand.

What they found was the foundation of a large structure. The initial discovery consisted of a platform located on top of a larger one.

Parcak’s research team also found a small building constructed on top of the platform, opening to the east, looking away from the city. More details about the findings can be found in a bulletin for The American Schools of Oriental Research, as well as in a National Geographic article.

At the moment of writing, the site hasn’t been excavated yet, so the team has no clue about the functionality of the monument.  “That’s typically something that could take a while,” she explained. “I wish we knew, but this is also part of the fun of archeology.”

Discoveries like this offer researchers even more reasons to use aerial technology – drones and satellite imagery – to try and uncover ancient sites.
Image Source: Pixabay