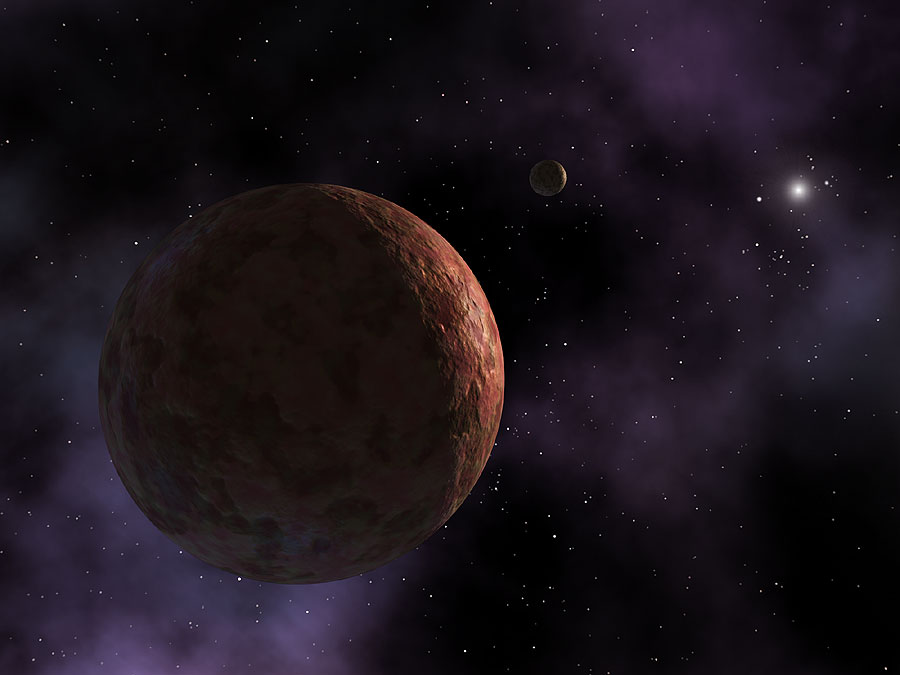 Astronomers have found yet another thing in our solar system that was just waiting for us to discover it: dwarf planet Makemake has its own little moon.

Makemake orbits our Sun once every 310 Earth-years, and its dark moon is just 100 miles across. If you’re wondering how we could have missed the moon for more than a decade, it’s because it was hiding in the glare of its parent planet.

But thanks to the sharpest eye in the sky, the moon could no longer escape detection. In April 2015, NASA scientists aimed the Hubble Space Telescope at Makemake for more than two hours, and that’s when they discovered a faint point of light traveling the sky along the dwarf planet.

Until now, Makemake was the only distant dwarf planet officially recognized by astronomers that did not have its own moon. But Alex Parker of the Southwest Research Institute took that dubious distinction away when he spotted the new moon in the Hubble observations.

“I was sure someone had seen it already,” he says. But when he approached collaborator Marc Buie and asked about the moon in the Makemake data, and was met with surprise, Parker knew he was onto something.

From this point on, things got very exciting, as Parker and Buie reported the discovery of the MK2 moon on Tuesday. The studying the MK2 orbit carefully will allow scientists to learn more about how the moon was formed.

Whether it was pulled on orbit by Makemake’s gravity or it grew out of a collision, the moon will give insight into Makemake itself. In specific terms, the moon’s orbit will give us the mass of the small, icy world.

So far, scientists have deemed Makemake to be a very strange world, 870 miles across and shaped like a flattened sphere. Living in the Kuiper Belt, beyond Neptune’s orbit, the dwarf planet features a reddish color.

Similar to other Kuiper Belt space objects, Makemake has quite a spin, completing a pirouette every 7.7 hours. Compared to the 310 it takes Makemake to take a trip around the Sun, Pluto is comparatively snappy with its 248 years.

Finally spotting MK2 in orbit around Makemake is a great solution to one of the biggest mysteries about the dwarf planet. Heat signatures from the planet showed that even though its brightness seemed uniform, there was at least one warm, dark patch.

The two observations never reconciled – until now, as the dark material could actually be the very dark moon orbiting the faraway planet.
Image Source: School Observatory