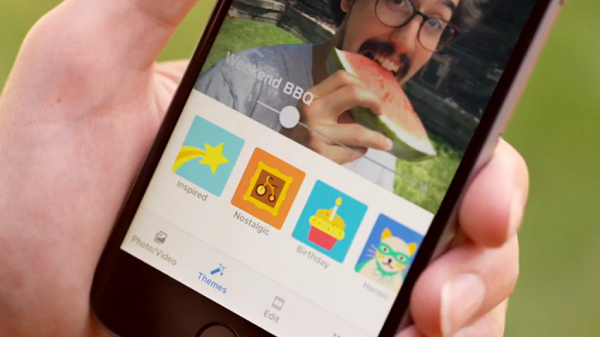 Shooting interesting videos is not something we’re all good at, and taking static photos has become boring. We want to be able to share as much of our lives on social networks, so tech giants are outdoing each other while releasing their own automatic movie makers.

Earlier this month, Apple announced Memories was coming to iOS 10 Photos while Google Photos has long been helping users with its Movies Assistant. In response to consumer demand, Facebook introduced today its own Slideshow feature to iOS users.

The Slideshow tool was originally launched in August 2015 as an integrated feature in Facebook’s Moments, a companion app that allows users to share photos. In December, the social network started testing how the tool would fit in the native Facebook app.

The Slideshow feature will automatically be suggested to you if you go to post a status on the social network after you’ve captured more than five photos or videos over the last 24 hours – similar to the movie and animation suggestions made by Google Photos’ Assistant.

At the same time, Facebook will suggest you to “Try It” after you’ve viewed a Slideshow created by a friend. The feature automatically creates your movies for you by mixing videos and photos together and adding themed music and sleek transitions.

If you’re unhappy with the composition, Facebook allows you to add or remove images and video, and choose a different theme. There are ten themes to choose from at the moment, such as Playful, Nigh Out, Nostalgic, Birthday, Tropical, Epic, Amped, Thankful, and Bollywood.

All of these animations are created from your stored media but Facebook hopes the feature will help make it a worthy competitor of Snapchat’s popular Stories. On the ephemeral-messaging platform, you can post stuff in chronological order and have them expire after 24 hours.

“We all know that people love to snap photos and share what they’ve been up to on the weekends, whether it’s a family gathering, a road trip with friends, or even an epic brunch, and this fun new feature will let you stitch together those special photos into a format that captures the spirit of the event,” wrote Facebook in the announcement post.