According to a new piece of research, an insecticide that is very common in the U.S. represents a threat for bees, whose populations are still dwindling.

Neonicotinoids is a class of insecticide that doesn’t kill the drone honey bees; instead, it was found that it kills a significant percentage of the sperm created by the male bees.

Swiss researchers conducted a controlled experiment which showed that eating treated pollen led to a 39 percent reduction in live sperm of the bees. The study featured this week in the journal Proceedings of the Royal Society B proved that this insecticide acts as an accidental contraceptive on the drones.

Male drone bees have only one job: to mate with the queen. However, if they ingest pollen treated with neonicotinoids, their reproduction capabilities become reduced, according to lead author Lars Straub, a doctoral student and researcher at the University of Bern.

Born out of unfertilized eggs, drones are pretty focused in their life purpose: they don’t sting and don’t fly out to gather nectar or pollen. They mate with the queen and die soon after.

Researchers noticed that the problem with insecticides is not that it reduces the amount of produced sperm. Both the drones that were exposed to insecticide-treated pollen and those who did not eat the chemicals produced about the same amount of sperm. 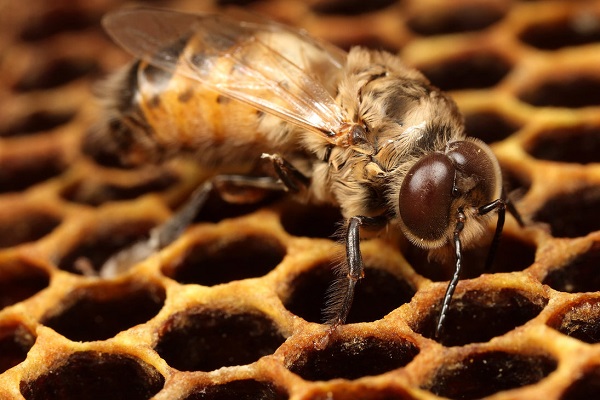 However, a very striking difference was clear as the team put the sperm under a microscope: pesticide-free bees produced 1.98 million living sperm, on average, while the one with neonicotinoids in its food only roughly 1.2 million.

“There’s a reduction in sperm viability and the amount of living sperm, but that doesn’t mean there’s no living sperm at hand. The big question is there still enough of sperm that survive to do the job?” said Straub.

Even though researchers are yet to find out why insecticides appear to damage and kill the sperm, Geoffrey Williams, study co-author and a senior bee researcher at the University of Bern, said that it seems to occur soon after they are produced.

The new findings are complementary to a study published earlier this year in PLOS One that reported that the increasing death rate of U.S. honey bee colonies has something to do with failures of queens. And now, the queen failure is associated to drones’ dead sperm.