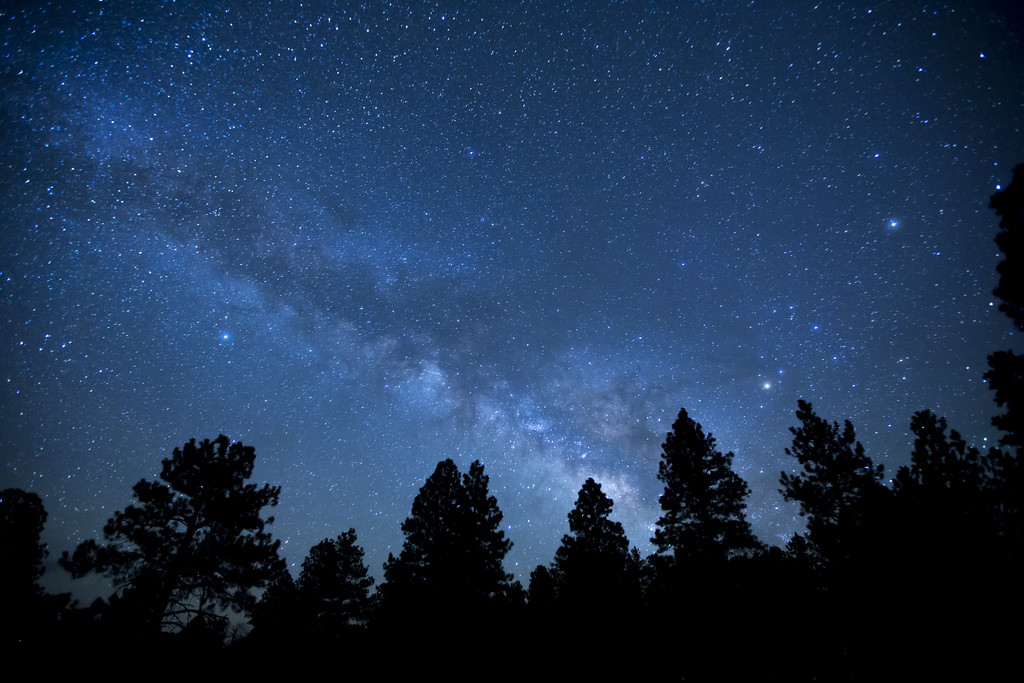 If you want to have a night out with the Universe, just go to Port Crescent State Park, where the lights are always out.

The park offers visitors one of the clearest views of infinity, and if you’re in the area during the International Dark Sky Week, you shouldn’t miss it.

The park is one of the 20 Michigan parks designated a dark sky preserve; stargazers can visit them from April 4 to April 10 and be amazed by the beautiful night sky uninterrupted by light pollution.

Betsy Kish, Port Crescent State Park Supervisor, has agreed to take part in this universal event as a fighting stance against one of the more unknown forms of pollution which, she says, has made people unfamiliar and unaware of the beautiful night sky.

Kish says that thanks to the fact that the area of the Port Crescent State Park is pretty devoid of trees and there’s no artificial light, there’s nothing to interfere with a perfect viewing of the night sky.

Anyone is free to attend to the weeklong event, and the park will be lifting the regular 10 p.m. closing time for the duration of the International Dark Sky Week. Vehicle entry into the park is possible with a recreation pass that can be bought for $11 Monday through Friday during park office hours (8 a.m. to 4:30 p.m.).

For those interested in visiting it, the park is located at 1775 Port Austin Road, roughly 12 miles east of Caseville. The parks’ day use unit is also the designated viewing area for the night visits.

Should you want to have a date at the park during this time, the administration requires you to keep your lights on low beam when turning the corner, as a sign of courtesy for others enjoying the pollution-free night sky.

If you want to take a tour of the parks that stay open past dark, you can also try Tawas Point State Park, Bay City State Recreation Area, and Tahquamenon Falls State Park.

Last year, the International Dark Sky Week coincided with the beautiful display of the Lyrid meteor shower and comet Lovejoy. This year, the lunar schedule sets the new moon phase at April 7.

According to the Pure Michigan Blog, the Port Crescent State Park is one of three areas in the state that offer ideal conditions for viewing the northern lights as the designated dark area is located some miles away from any artificial light.

The two others dark sky preserves are the Headlands International Dark Sky Park in Mackinaw City and some of the secluded spots on Lake Superior.
Image Source: Flickr