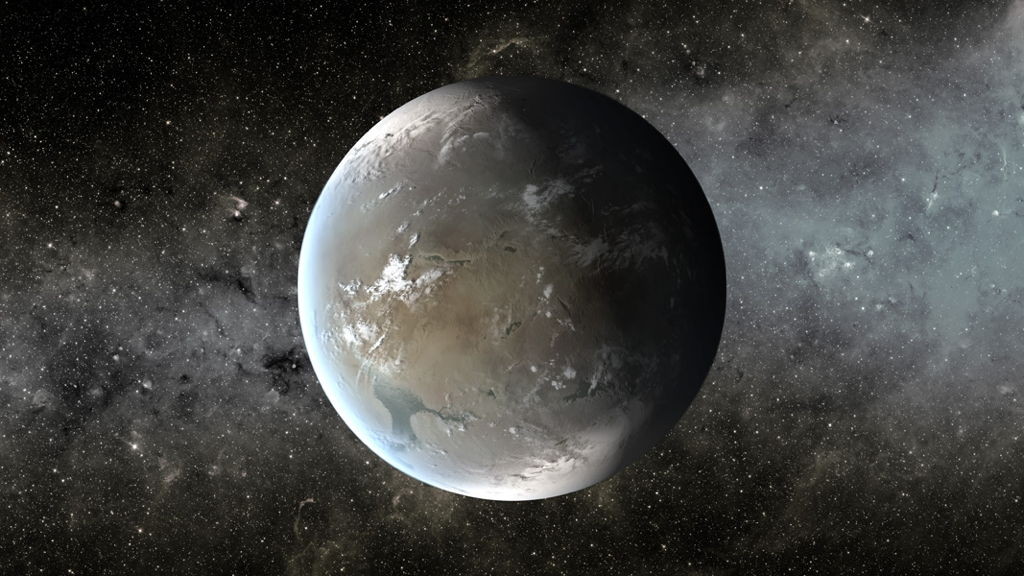 We, as humans, are in constant search of other planets that might mimic Earth’s life-sustaining conditions; researchers from University of California-Los Angeles recently published a report about one of Earth’s neighbors.

And by neighbor, we mean about 1,200 light-years from our home; in all probabilities, this planet is a good prospect for a habitable world with life-giving surface liquid water.

Kepler-62f is situated in the broad range of the constellation Lyra, with a size roughly 40 percent larger than Earth. “At that size, Kepler-62f is within the range of planets that are likely to be rocky and possibly could have oceans,” explained lead author Aomawa Shields, an astrophysics postdoctoral researcher.

The planetary system that includes Kepler-62f was discovered by NASA’s Kepler mission in 2013; Kepler-62f was identified as the outermost of five planets that orbit their own Sun, but a lot smaller and cooler than ours.

“We found there are multiple atmospheric compositions that allow it to be warm enough to have surface liquid water. This makes it a strong candidate for a habitable planet,” explained Shields.

On Earth, the life-sustaining conditions include carbon dioxide, which makes up 0.04 percent of the atmosphere. But because Kepler-62f is so much farther away from its central star than Earth is from the Sun, there would have to be a lot more carbon dioxide to keep the planet warm enough for liquid water on its surface so that it won’t freeze.

As it ran several computer simulations, the team found plenty scenarios in which Kepler-62f could be habitable, assuming different amounts of carbon dioxide in its atmosphere.

According to their models, the planet would need an atmosphere three to five times thicker than Earth’s and make up entirely of carbon dioxide for it to be constantly habitable throughout its entire year.

The research was featured online in the journal Astrobiology, and it helps astrophysicists to understand whether exoplanets closer to Earth could be habitable. Over 2,300 exoplanets have been discovered so far, but only a couple dozen are known to be in the “habitable zone.”
Image Source: Space