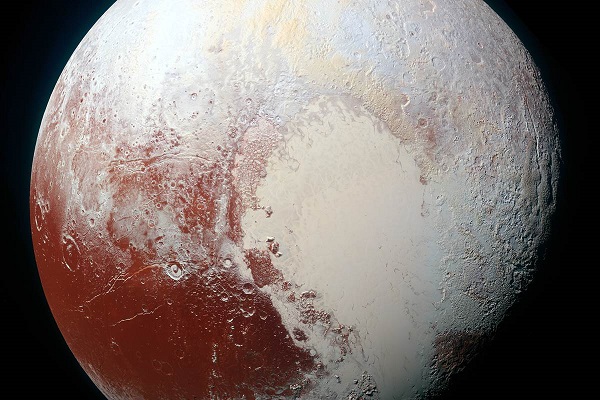 It’s already been more than a year since NASA’s New Horizons spacecraft has explored Pluto on July 14, 2015. The much-awaited flyby of the icy Pluto has yielded great results, some of which we’re yet to see as the spacecraft is still sending imagery to Earth.

Today’s release might be one of the best moments to ever exist in video format. NASA has published a video produced by the New Horizons scientists from more than 100 shots of Pluto and the result is a mesmerizing trip to the dwarf planet.

However, some people weren’t satisfied with the end result. According to some users in the video’s comment section, NASA could’ve done a better job at imagining the Pluto descent. We’re in 2016 when CGI (computer generated imagery) is all the rage, so the video could’ve played a lot smoother, they say.

According to Alan Stern, the New Horizons Principal Investigator, however, the fact that what was once just a dot in the distance can now be seen in such detail is impressive on its own.

The video is more like a slideshow of images that shows what it would be like to ride aboard an advancing spacecraft and swoop down over its amazing landscapes. During the flyby, the closest distance between the New Horizons spacecraft and the Pluto was 7,800 miles (12,500 kilometers).

During its 9.5-year voyage – and counting! – NASA’s spacecraft covered more than three billion miles, carrying abroad powerful telescopic cameras that captured hundreds of images of Pluto and its moons.

According to NASA, Sputnik Planum (the informal name of Pluto’s surface) is one massive ice plain, somewhat larger than the size of the Texas state. It lacks any visible craters and scientists estimate it is geologically young.

Studies have calculated that Pluto’s temperature is roughly 21 degrees colder than Earth. If that is true, it means that less of Pluto’s atmosphere is being blown away by solar winds than was previously believed. The atmosphere is also filled with methane and not nitrogen.

Another discovery showed that the smooth plains and the mountains of Pluto are covered in methane “snow,” and even some methane ice around the mountain tops in the Cthulu area.