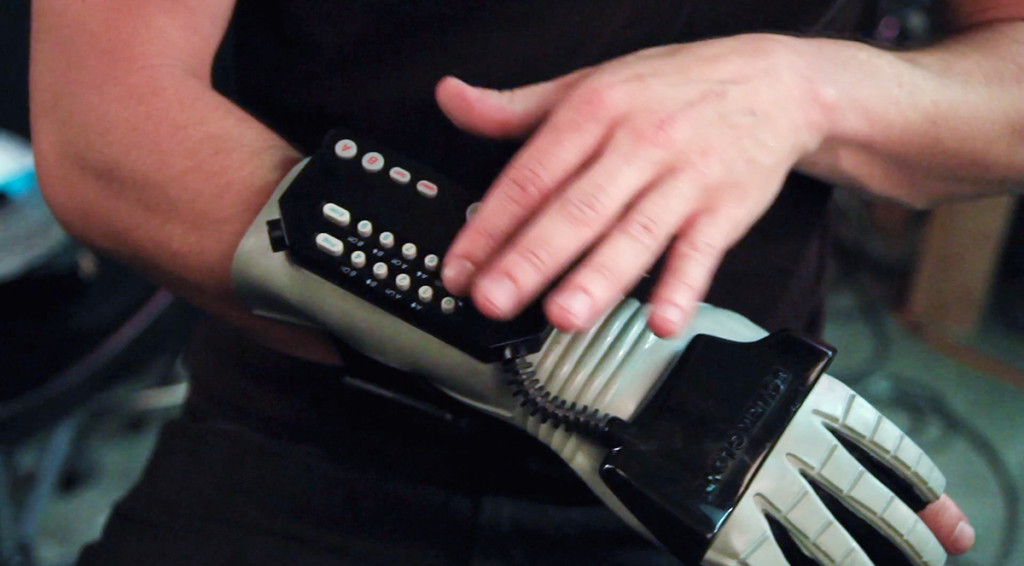 Very few people found a soft spot for the 1989 Nintendo Power Glove, but the not-so-loved gadget is making a surprise comeback into something that’s actually impressive.

Thanks to a crafty computer engineer, the Power Gloves has been reconfigured to become a brilliant drone controller. If you’re thinking that flying quadcopters and drones with the flick of your hand is fiction territory, then I bid you welcome into the future.

The creative mind behind this piece of machinery is Nolan Moore, and he has managed to give the Nintendo-branded controller accessory a suitable place in the tech world we live in.

However, the rebranded Power Glove shares little features with its former self; only the appearance and the buttons have been kept while its guts have been replaced with components that can make the magic happen.

In technical terms, the magic is created with an IMU or inertial measurement unit placed inside the Power Glove; flex sensors are also involved and fitted in the glove’s fingers.

These are tasked with tracking movement output and delivering it to a logic chip. In turn, this chip translates the movement into data that the drone can understand and react to. With the help of a Wi-Fi transmitter, the data is then sent to the quadcopter, which moves accordingly.

“The control scheme is pretty sweet, hold your hand flat (palm toward the ground) to hover, make a fist and tilt it in any direction to affect pitch and roll, point a finger up or down to affect altitude, and point straight and twist your hand for yaw control,” explained Nolan.

It sounds a bit primitive and sketchy, but when its creator offered a demo, the Power Glove-controlled drone was quite responsive. Moore’s project was presented at the 2016 Maker Faire in the Bay Area, where he demonstrated it in a netted cage.

Needless to say, the severely improved Power Glove would impress anyone because who wouldn’t like to fly a drone with hand gestures, just like a Jedi using the Force?

What’s more, the tech is about to get a whole deal better too, as Moore has already thought of a couple of improvements. But for now, check the video below to see the Nintendo Power Glove controlling the drone.