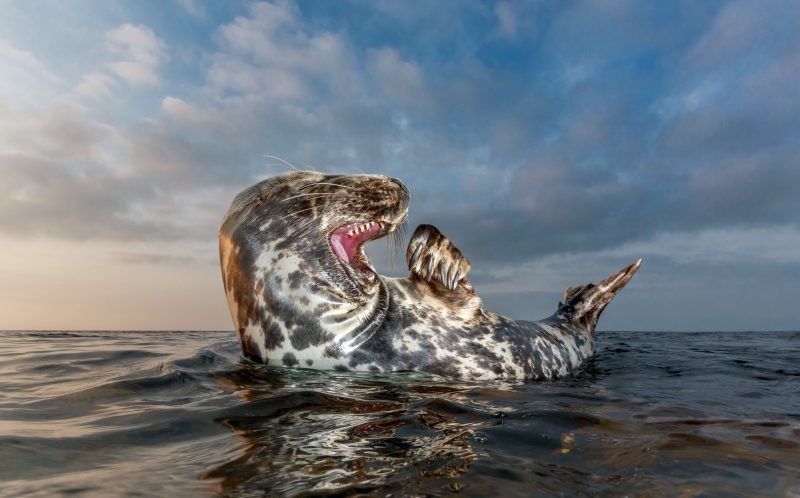 While there definitely is an attraction to taking sealfies – selfies with seals – the U.S. National Oceanic and Atmospheric Administration (NOAA) has issued a warning: this is risky business at best.

Seals are quite popular on the internet and in the meme culture, but the real-life marine animals pack a mean bite, so NOAA advises people to stay on the safe side and avoid contact with them in the wild.

With the Memorial Day weekend behind us and the summer months in full swing ahead, the temperatures are only going to rise. But going out to the beach for some enjoyment and water fun, NOAA has a fair warning.

Don’t get too close to seals – it’s better to have missed out on the perfect seal-selfie than to experience their wrath. In this season of the year, beaches will be littered with seal pups, especially in New England.

And of course, all the animal lovers out there would be absolutely ecstatic to be able to take a selfie with one of these cute balls of fur that move around funnily and emit squeaky sounds.

But don’t be fooled by their cuteness; NOAA strongly advises everyone to stay at least 150 feet away from them. Approaching a wild animal does not only put your own safety at risk but also jeopardize the animal because it doesn’t know any better.

Seals have powerful jaws that snap shut with an immense pressure, so if you don’t think your selfie is worth it, don’t approach them. There have been numerous reports of people getting injured by these otherwise fuzzy animals.

At the same, baby seals are also in danger when human beings approach them. Besides the fact that their mothers often leave them for extended periods of time to go hunt in the sea, some of them won’t come near the pups again if they see humans close to them.

Consequently, the pups are exposed to a high risk of starvation due to neglect. The most helpful thing people can do is avoid engaging with the seals while also keeping their pets at a safe distance.

So better abandon any thoughts of taking selfies with seals. Animals are animals. They cannot reason like we do.
Image Source: Caters News