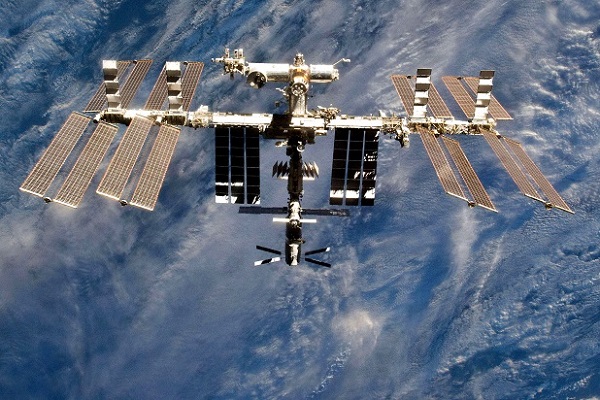 Astronaut Tim Peake has already begun his trip back to Earth; the spacecraft he is onboard to come home is undocked from the International Space Station (ISS).

Major Peake and two other crew members are traveling in a Soyuz capsule, which will land in Kazakhstan at 10:15 BST on Saturday, June 18. His stay at the ISS has included several milestones, such as the first spacewalk by a UK astronaut, and the remote steering of a robot on Earth.

Ever since Helen Sharman visited space in 1991, no other astronaut traveled to space under UK banner. Until Peake did, and he participated in various fitness experiments to determine how space conditions affect the human body.

On about 03:35 BST on Saturday, Major Peake, US astronaut Timothy Kopra, and Russian cosmonaut Yuri Malenchenko said goodbye to the crew onboard ISS and entered the Russian Soyuz TMA-19M.

After it undocked, the Soyuz went through two separation burns meant to put as much distance between the spacecraft and the orbiting outpost.

In his last live link-up from space, Major Peake talked about his “fantastic six months” in space, calling them “a really remarkable, incredible experience.” However, he does look forward to seeing his family and friends, even though ISS is going to be missed.

The tiny return ship hasn’t changed much since they were designed in the Soviet era; after being cleared for undocking, the Soyuz performs several engine burns to drift away from the space station.

At about 12 km from the ISS, the engines turn on again to begin the steep descent to Earth. As the spacecraft plunges toward the blue planet, the three crew members get to the most unsettling stage of the journey.

Traveling at 25 times the speed of sound is definitely unsettling, as the temperature outside the craft rises to 2,500 degrees C due to a superheated plasma cover. At 10.7 km above the Earth’s surface, parachutes open to slow the capsule’s descent.

The Soyuz then floats to the ground, landing slowly on the Kazakh steppe. A rescue team will be there to help the astronauts out of the capsule, and then carry them into a medical tent for health checks.

It’s not easy to live in microgravity, no matter how long, as the stay has a number of effects on the body, including loss of bone density and muscle wastage.
Image Source: Bristol Post